Email ThisBlogThis!Share to TwitterShare to FacebookShare to Pinterest
These are the results of the 2012 West Prince Triathlon which took place on May 26, 2012 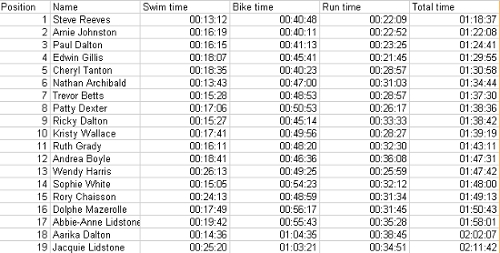 Email ThisBlogThis!Share to TwitterShare to FacebookShare to Pinterest
From CBC PEI
http://www.cbc.ca/news/canada/prince-edward-island/story/2012/05/21/pei-school-triathlon-584.html

"I just wanted to try something new and see if I would be good at it," said Marshall Jones, a student at Athena Consolidated.

C. J. Studer, the phys-ed teacher behind the event, said not many students knew about triathlons before this.

"Just to have this on the Island and have the kids understand, 'You know what, I can do three sports in one,'" he told CBC News.

"And when it gets them off the couch on a beautiful day like this, I can't be any more excited."

About 60 volunteers, including some teachers, spent their Victoria Day helping out.

Studer plans is to hold a similar event next year.

Email ThisBlogThis!Share to TwitterShare to FacebookShare to Pinterest
The 3rd Annual West Prince Sprint Triathlon will be taking place on May 26, 2012 at the Rodd Mill River Resort.

There will be 5 starting heats of 5 racers each.

They will start with a 750 m swim in the Pool, followed by a transition to the 20 km bike course on the roads.  The bike course is fairly flat with a few small hills to get the competitors heart rates up.  The bike ride will consist of 2 laps of a 10 km out and back loop.  Racers will then switch to the 5 km run along the same route as the bike course (only shorter).  The run will be mostly flat with one small hill near the turnaround point.

The pool swim, combined with a relatively flat course, make for a great first tri as I discovered last year. 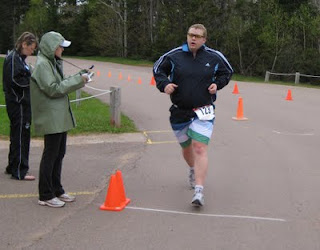 Posted by Unknown at 7:37 AM 0 comments
Labels: EVENTS:, RACING:

Email ThisBlogThis!Share to TwitterShare to FacebookShare to Pinterest
Enjoy your bike ride to work today :-) 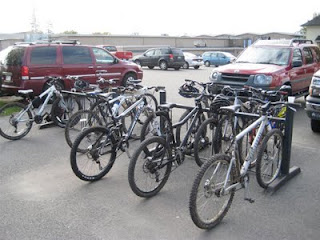 Posted by Unknown at 7:30 AM 0 comments
Labels: EVENTS:

Join cyclists worldwide in a silent slow-paced ride (max. 12 mph/20 kph) in honor of those who have been injured or killed while cycling on public roadways.

WHY DOES THIS RIDE EXIST?

THE RIDE OF SILENCE WILL NOT BE QUIET

On May 16, 2012 at 7:00 PM, the Ride of Silence will begin in North America and roll across the globe. Cyclists will take to the roads in a silent procession to honor cyclists who have been killed or injured while cycling on public roadways. Although cyclists have a legal right to share the road with motorists, the motoring public often isn't aware of these rights, and sometimes not aware of the cyclists themselves.
In 2003, Chris Phelan organized the first Ride of Silence in Dallas after endurance cyclist Larry Schwartz was hit by the mirror of a passing bus and was killed. (Read full story at http://www.rideofsilence.org/main.php)
The Ride of Silence is a free ride that asks its cyclists to ride no faster than 12 mph and remain silent during the ride. There are no sponsors and no registration fees. The ride, which is held during National Bike Month, aims to raise the awareness of motorists, police and city officials that cyclists have a legal right to the public roadways. The ride is also a chance to show respect for those who have been killed or injured.

Friday May 18th is Bike to Work Day

Email ThisBlogThis!Share to TwitterShare to FacebookShare to Pinterest
International Bike To Work day is celebrated on various days around the world.  This year, here in Prince Edward Island, it is being celebrated on Friday May 18th.

While for some of us, every day is Bike to Work day, it's always great to encourage those who may not normally consider riding to work to get out there and try it.    Who knows, they may decide to take it up regularly.

Dust off the bike, give it a quick tune up, and get some exercise.  Just remember, your car costs you money and makes you fat, your bike runs on fat and saves you money.

Some tips for somebody who has never ridden to work. 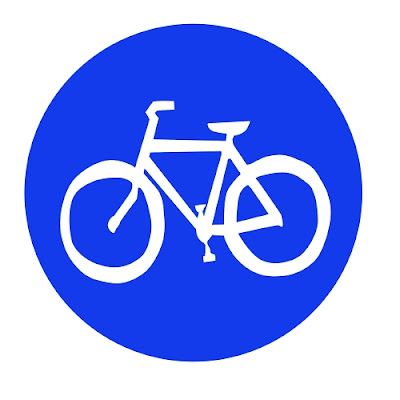 Posted by Unknown at 7:03 AM 0 comments
Labels: EVENTS:

Email ThisBlogThis!Share to TwitterShare to FacebookShare to Pinterest
A bad wreck in the second group of the Rock Lititz Bike race on April 29, 2012.

Looks like the first guy lost it in some dust, then the second guy had nowhere to go, and things just went down hill from there...

Not sure why the spectators are more concerned with replacing the barriers as opposed to checking on the state of the riders.  People are weird.
Posted by Unknown at 7:36 AM 0 comments
Labels: RACING:

May is CPEI Bike Month

Email ThisBlogThis!Share to TwitterShare to FacebookShare to Pinterest
May is bike month and to celebrate CPEI will be holding "Pedalpolooza" for the month of May with various bike related activities and events.Events for May:Sporting Intentions Saturday Morning Ride will recommence Sat, May 5th. Contact Geoff Murray at 902-394-3644 or peibikeguy@gmail.com for details.Monday Night Beginner Rides will begin Monday, May 7th starting at 6pm. Short clinic on various topics each week before the ride. Meet at Sears Parking lot in west Royalty. Contact ride leadder Shannon Burt at climbingshanman@gmail.com for more info.Thursday night road ride will start Thursday, May 17th at 6:30pm meeting at Sherwood BMR. For more info contact ride leader Jan Meulenkamp at janmeulenkamp@bellaliant.netMay 1st the Victoria Park Bike lane opens. Join CPEI at 12:30 to cruise the park. Meet at Governor's house. Let us show the critics that it is well used.The annual Mothers Day Time Trial is the first ‘warm-up’ race of the cycling season in Prince Edward Island and takes place Saturday, May 12th at Bluefield High school starting at 9am. Open to all ability levels. If you have never raced before this is a great place to start.The Ride of Silence will take place Wednesday, May 16th at 7pm. Meet at the Provincial Government Offices Parking Lot (Adjacent the Victoria Park Bike Lane). Join cyclists worldwide in a silent slow-paced ride (max. 12 mph/20 kph) in honor of those who have been injured or killed while cycling on public roadways. First 50 people get Ride of Silence t-shirt.International Bike to Work day is Friday, May 18th so grab your bike and leave your car at home.The first race in the MTB Atlantic series takes place in May. Atlantic MTB Series Event #1 NS XC Victoria's SecretSunday, May 20th, 2012Rigid Riders MTB Club Opening Night will be Tuesday, May 22 at Brookvale Nordic Center at 6:30. Be there early if you need to register or register online at www.cpei.ca. People are encouraged to register online before opening night to prevent a back log of people trying to register the first few Tuesdays.Citizen Series Road Event #1 Emyvale is Tenatatively set for Sunday, May 27th at Bluefield High School. Date will be confirmed next week and posted at www.cpei.ca.
Posted by Unknown at 7:14 AM 0 comments
Labels: CPEI:
Newer Posts Older Posts Home
Subscribe to: Posts (Atom)